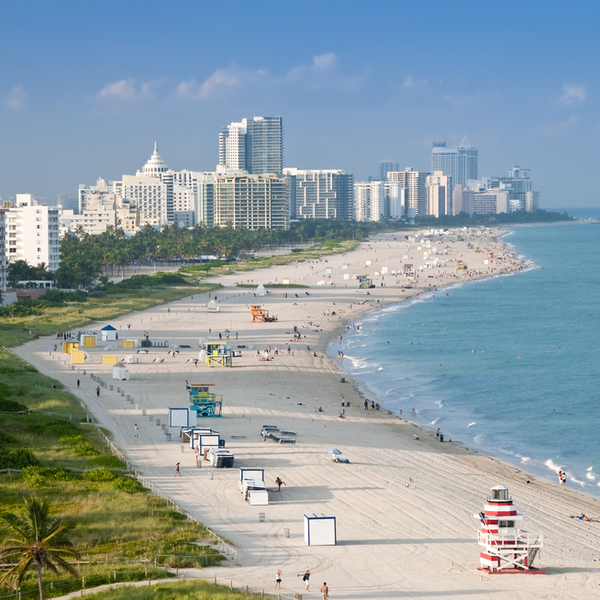 Few destinations bring as much post-nuptial heat as Miami Beach.

The party capital of Florida is a thriving beachfront metropolis, home to hard-bodied locals and expats from South America, Europe, the Caribbean, and more. The result is a cultural melting pot that allows you to eat and drink your way around the world from one single locale.

But while the city has a reputation for hedonism -- night clubs and strip clubs are found everywhere from South Beach to Brickell -- Miami has lately become an epicenter of arts and culture, plus health and wellness. Every day, it seems, there are more and more plant-based restaurants, next-gen spa treatments, and wellness-centric offerings at the city's top hotels.

Here's how to plan the ultimate Miami Beach honeymoon -- whether you choose to party-hardy or party-lite is up to you. 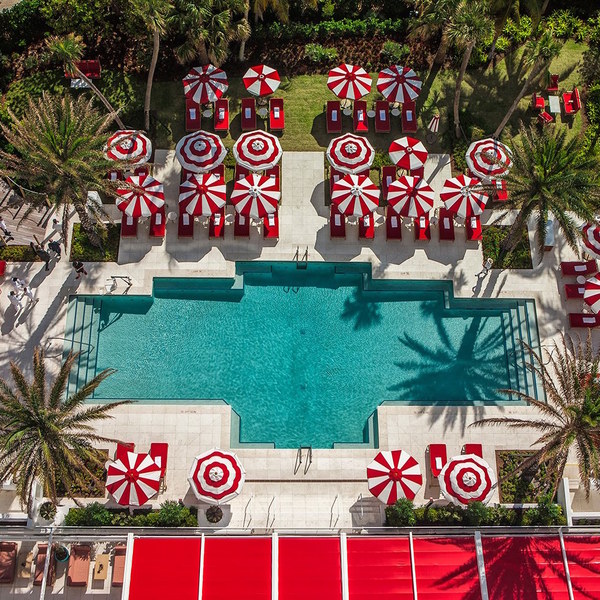 If you want to see-and-be-seen on your honeymoon, head to this Mid-Beach hotspot, which is filled with Birkin-toting travelers during the week and Miami Beach movers and shakers on weekends. The resort is technically located within the Faena District -- hotelier Alan Faena didn't just develop a resort, but rather, an entire section of the city dedicated to furthering arts and culture in Miami.

The interiors were imagined by legendary filmmaker Baz Luhrmann and his Academy Award-winning costume designer wife, Catherine Martin; in typical Luhrmann flair, they're done up in theatrical red, gold, and animal prints. While the decor may not appeal to all sensibilities, the food -- created by top chefs Francis Mallmann (his Los Fuegos restaurant champions open-flame cooking) and Paul Qui (who developed a pan-Asian menu at Pao) -- will please every palate.

Courtesy of Four Seasons Hotel at the Surf Club

This 77-room resort sits on a quiet stretch of golden sand in Surfside (20 minutes north by car from South Beach), offering couples respite from the SoBe crowds. It's a mix of old and new: A towering glass structure sits atop what was once the Surf Club, a legendary social meeting point for the likes of Frank Sinatra, Elizabeth Taylor, and even Winston Churchill.

Parisian interior designer Joseph Dirand outfitted the glass-enclosed rooms in a refreshingly modern palette of soothing white marble, blue, and light green. (Book an ocean-facing room so you have floor-to-ceiling views of the Atlantic.) Couples can expect the same top-notch service for which Four Seasons is known, plus one of the city's best ding outlets (more on that below). 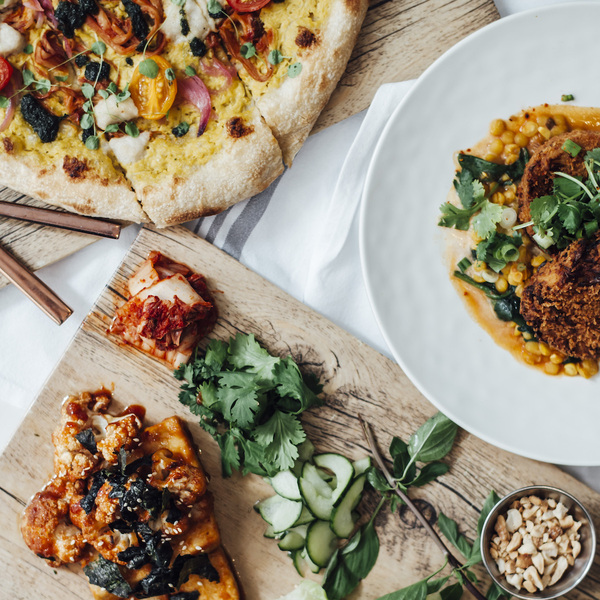 Never has eating vegan been so sexy as at this new restaurant at the tip of South Beach. The lighting is dim, the music is foot-thumping, the bar is buzzing, and the food -- perfection. Leave it to Miami impresario (and LIV brainchild) Dave Grutman to turn out the city's trendiest plant-based restaurant. Expect to rub shoulders with models and celebrities as you sip your Peach Don't Kill My Vibe (a mix of fords gin, peach liqueur, lemon, soda) -- Adrianna Lima has been spotted dining on the likes of vegan "meat" lover's pizza, truffled almond parmesan cauliflower tots, zucchini carpaccio, and more. 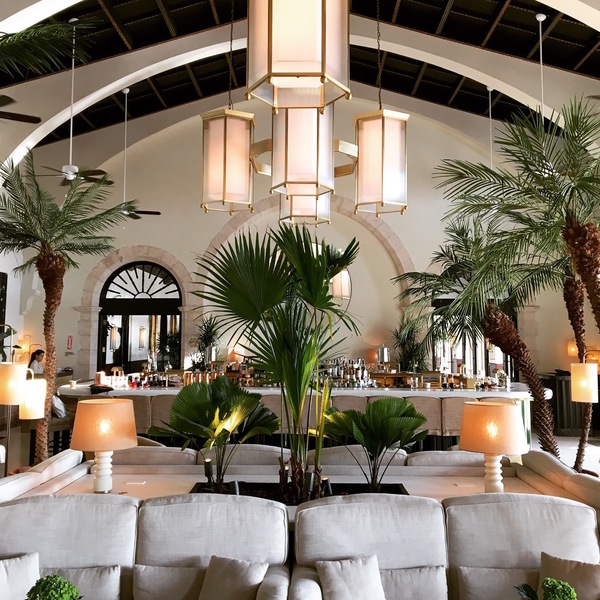 Even if you stay elsewhere, it's worth the drive to Surfside to dine at the Four Seasons Hotel's on-site restaurant, the first overseas outlet of famed Amalfi Coast hotel Le Sirenuse. Chef Antonio Mermolia brings his signature coastal Italian flavors to Miami within a sexy-sleek space, filled with palm leaves and oversize brass chandeliers. Prepare to ditch your low-carb diet: Menu standouts include the warm buffalo mozzarella with grape tomato confit, oregano, and basil and, of course, pastas like the Fagottello Genovese, a shell stuffed with house-made beef ragu, served in a mozzarella reduction with seasonal black truffle.

Watr at the 1 Rooftop

The eco-chic 1 Hotel sets the standard for scenic poolscapes in Miami Beach. At the adults-only rooftop you'll find Watr, a tropical-inspired venue that seems to extend into the sea just beyond. Dishes like himachi tiradito poke, Polynesian grilled chicken salad, and vegetable spring rolls will leave you feeling satisfied but still light enough to enjoy an afternoon by the pool without hiding behind your cover up.

Miami's OG craft cocktail bar remains one of the city's top spots for a flavorful spirit and low-key scene. Drinks are made with the Broken Shaker's signature house-made elixirs, syrups, and infusions, crafted with fresh-pressed produce, herbs and spices grown on-site, and exotic ingredients from around the world. Menus change periodically (not to mention there's always "bartender's choice") but standouts like the El Vato Swizzle -- with Olmeca Altos Tequila, watermelon, spicy agave cilantro, Peychaud's bitters, and fresh lime -- won't disappoint.

Wash away the stresses of wedding planning with a full day of R&R at the Faena's next-level spa. The 22,000-square-foot space offers cosmetic treatments using all-natural Naturopathica products and advanced anti-aging technologies from French heritage brand Biologique Recherche. There are also "healing arts" treatments, which meld traditional curative practices with indigenous ingredients sourced from South America, plus a gym offering daily yoga and boot camp classes on the beach.

For those couples who want to can't envision a Miami Beach honeymoon without a night out on the town, there's always the city's ultimate party pad, LIV. For more than a decade, LIV has continued to reinvent the wheel, generating epic crowds as eager scenesters wait in line to hear world's most famous DJs, including Calvin Harris, Cedric Gervais, Skrillex, and -- R.I.P. -- Avicii.