Where to Honeymoon in France (Beyond Paris)

For many honeymooners, a French honeymoon begins (and ends) in Paris. It's easy to see why, what with the world-class museums, bustling plazas, grande dame hotels, and adorable bistros.

But you'd be remiss not to look beyond the City of Light (or at least tack on a second destination after exploring the French capital for a few days). Between the snow-capped Alps, the glitzy Cote d'Azur, and the wine-making epicenters of Bordeaux, Burgundy, and the Loire Valley, there is so much to explore.

All honeymooners will no doubt be charmed by Riviera towns like Cannes and St. Tropez. But artsy couples should consider the delights of inland Provence, whose pastoral landscapes and purple-hued lavender fields inspired artists like Paul Gauguin, Paul Cezanne, and Vincent van Gogh. Foodies will find their version of heaven in Bordeaux and the Loire, filled with historic châteaux and vineyards, Michelin-starred restaurants, and even truffle markets.

No matter which you choose, make like a local: order café au lait at a sidewalk bistro, sip local wines at lunch and dinner, and get lost among the cobblestone streets of charming hilltop villages. 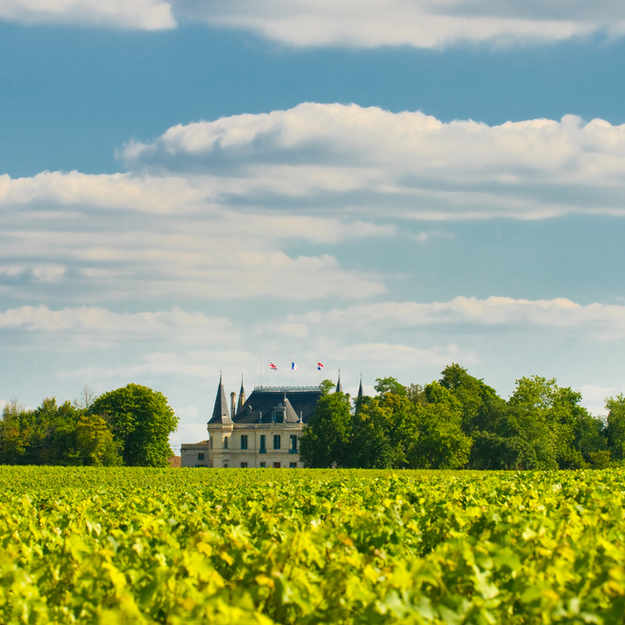 This world-renowned winemaking region is home to some of the most valuable and historic châteaux and vineyards (Château Latour, Château Margaux, Château Lafite Rotschild).

But there's more to explore than just wine: With the Atlantic coast to the west, Medoc to the north, and Saint-Émilion to the east, Bordeaux is a perfect place from which to day-trip your way around France. It's also the perfect gateway to Dordogne, the modern-day home of the ancient country of Perigord -- filled with honey-colored medieval villages like Sarlat, more than 1,500 ancient castles, and even truffle markets (check out the stalls in Périgueux).

Every year, the world's top A-listers descend on this French Riviera resort town for its namesake international film festival. Cannes' reputation precedes it, for sure, but that doesn't mean it should be overlooked; in fact, it's a very pleasant escape during all other times of the year.

Check into your ocean-facing room at the Belle Époque palace, Hôtel Barrière Le Majestic, before strolling the palm-lined La Croisette promenade. Glance into the fancy window displays at Cartier, Louis Vuitton, and Hèrmes, before stopping for a noisette at the charming Le Cirque café. 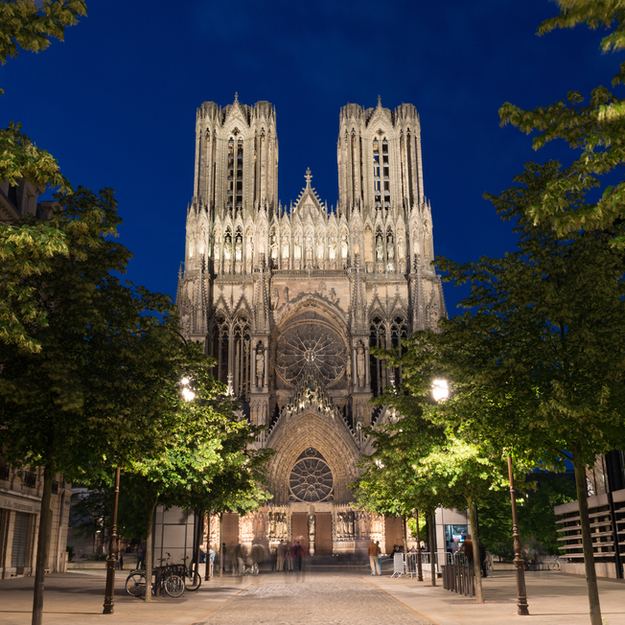 If you're a fan of bubbly, this historic town in the Champagne region is where you want to be. The world's top producers, from Moët et Chandon to Veuve Clicquot, can be found on -- wait for it -- Avenue of Champagne. Book a tasting and tour at a grand vineyard like Taittinger, then head to the more low-key La Fine Bulle, which has a tasting room, restaurant, and shop.

Buy a few bottles to bring back to your classically designed room at Domaine Les Crayeres, a historic chateaux with a Michelin-starred restaurant (some of the world's best chefs hail from Reims). When you need a break from the champs, tour the Notre-Dame de Reims cathedral, where kings of France have been crowned. 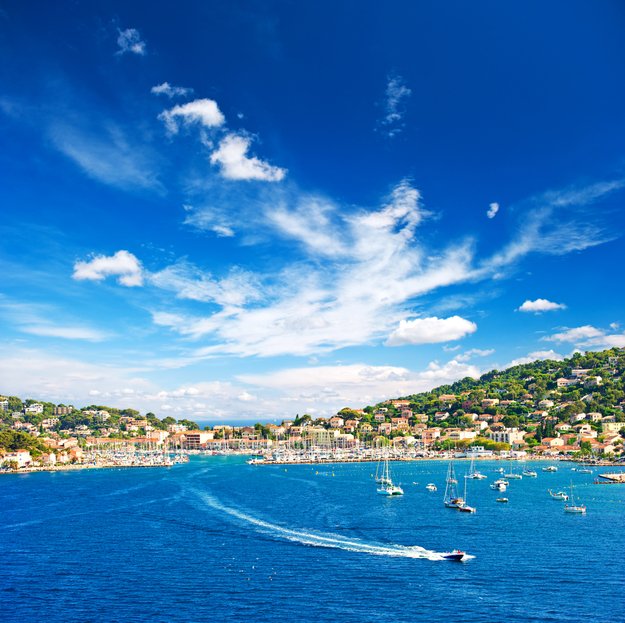 If there were ever a time to feel like big-time jet-setters, your honeymoon would be it. And St. Tropez would be the place. The classic French Rivera town has hosted every celeb you can think of (Beyoncé and Jay-Z are frequent visitors).

After wandering the glitzy streets, stop for pastries at Dior des Lices, a garden-style restaurant in front of the Dior shop. Then check into the Tuscan-inspired Villa Marie Saint-Tropez; each of the 45 rooms is uniquely designed (by owner Jocelyn Sibuet) and has an outdoor patio fronting a lush pine forest. 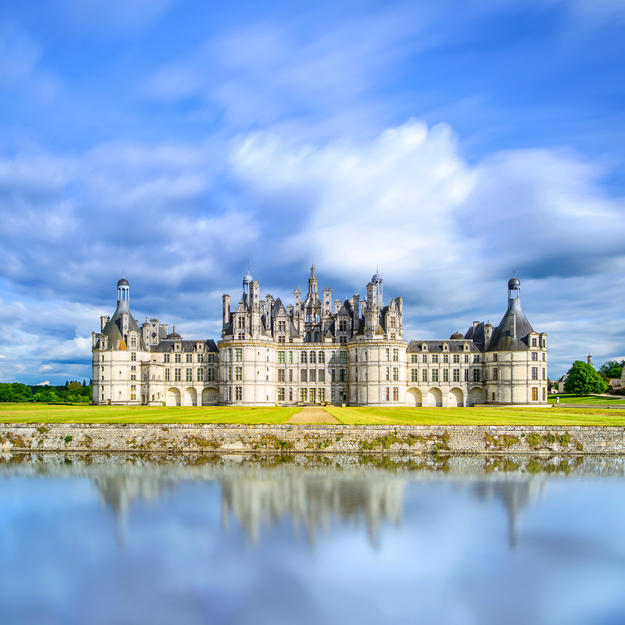 This UNESCO World Heritage-designated region is basically the epitome of all things French: historic châteaux, world-class vineyards, rolling hillsides, snaking rivers, boutique towns, haute cuisine, and more. While each of the Loire villages has its own charms, honeymooners who prefer a bit of culture can check out Leonardo da Vinci's former home in Amboise and the half-timbered houses of Tours.

If you're culinary-minded, wander colorful markets in nearly every town square, filled with fresh fruits, rich charcuterie, and the local specialty, goat cheese. Adventure buffs will want to rent bikes and head out on the numerous cycling routes that criss-cross the region. The most famous one, La Loire à Vélo (the Loire by Bike), is incredibly scenic: it runs along the Loire River from Cuffy to the estuary in Saint-Brevin-les-Pins. 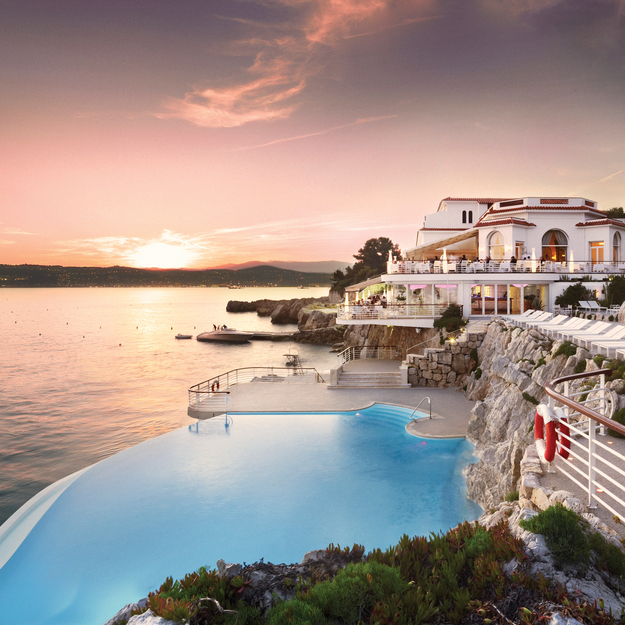 This seaside city is one of those places that you visit for 10 minutes and immediately want to move in. The port may be filled with luxurious yachts, but the picturesque streets have a small-town feel (though not without some tony boutiques) and there are cultural sites like the Picasso Museum -- housed within Chateau Grimaldi, where the painter once lived.

Honeymooners will want to post up just outside town, in Cap d'Antibes, at the legendary Hotel du Cap Eden-Roc. The grande dame hotel -- complete with French gardens, clay tennis courts, beach cabanas, and one of the most epic pools -- was made famous in F. Scott Fitzgerald's novel Tender is the Night. 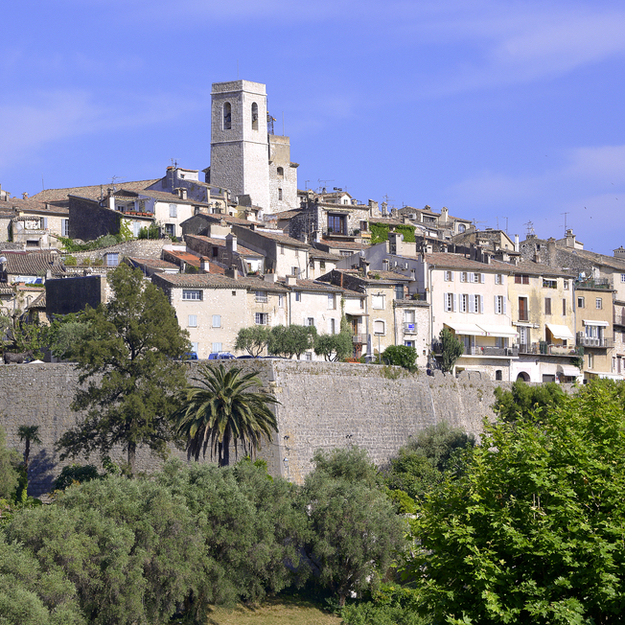 For a classic French countryside escape, head to this medieval town, set between two deep valleys. There you'll find plenty of contemporary art galleries and museums, the most famous of which is the Fondation Maeght, home to one of the biggest 20th-century art collections in Europe.

Seclude yourselves away at the Château Saint-Martin & Spa, which has its own olive groves, tennis courts, spa, and pool. You'll be tempted to stay put, but do get out for a traditional fine-dining meal at La Colombe d'Or; the restaurant, which serves classics like escargot and aioli codfish, is filled with original Picasso and Matisse paintings.

8 Exotic Hotel Rooms with a View

The Most Romantic Cities in Italy