Coming back from a big international trip should have left our bank accounts in withering destitution, but thanks to Traveler's Joy, our generous friends and family, and our careful budget-conscious planning, we have no reason to stress about bills.

Traveler's Joy ultimately helped us enjoy our honeymoon more. Because of the registry, we never had to think twice about the cost before stopping to drink, dine and explore where and when we wanted. This made our adventure free of worry, and what's more, we carried the love and good wishes of our friends and family in our hearts every step of the way.

As we began to consider registering for gifts, we realized we didn’t need the slow-cookers, the towels and the wine glasses typical of a wedding registry. We truly believe that money is best spent on making memories and good stories, so we were elated to find Traveler’s Joy!

Words cannot truly explain the beauty that Tuscany embodies. Although we had seen plenty of photos and paintings of Tuscany before, the images just did not do the real sites justice.

Neither of us wanted to register for pots or china. When thinking about how we wanted to celebrate our nuptials, it was evident that we both wanted something that would give us memories to share with our families, friends, and future children. That is when we came across Traveler’s Joy.

Ever since my childhood, I always dreamt of visiting famous, historical landmarks in France. The sights, sounds, and tastes of France couldn't compare to any other honeymoon destination. In addition to Paris, we also visited places that were further out from Paris, such as Normandy and the Loire River Valley. Our honeymoon in France was a fairytale dream come true!

I absolutely loved the idea of Travelers Joy only because we both had tons of family that could not make it to the wedding and it seemed to work great for them, not to mention they all thought it was so neat. All together we had around $900 given to us through the website which we used for our Shore excursions.

Like many people who would register with a website like Traveler's Joy, my husband and I have a true zest for travel. We love experiencing new cultures, unexpected moments, and the thrill of doing something once in a lifetime. Our honeymoon was just that.

We both agree there’s no way we could have taken such an action-packed vacation had we not signed up for a honeymoon registry with Traveler's Joy. We’re so grateful to our family and friends for helping us create the vacation we’d always dreamed about, and one we’ll always remember.

Once my wife told me about Traveler's Joy and all the things they had to offer, I was excited about what the possibilities could be for a once-in-a-lifetime honeymoon. I can remember Carol looking like a little kid that got a cool toy to play with when she was creating the "trip of our dreams" - and it certainly was.

Traveler's Joy had it all. It was easy to navigate, required no setup charge and had a comparatively low fee. Only indulgences were registered for, from breakfasts at our hotels to gastronomic dinners.

It’s easy to see why Paris is often referred to as the world’s most romantic city. Complete with charming streets, iconic landmarks, historic palaces, picturesque parks, and world-class restaurants, Paris is the ultimate multisensorial destination in which to spend your first few days as a married couple.

It’s also the kind of city where you can feel more like a local than a tourist without having to even try. Paris is all about discovery: Just wander the streets, without a map or an agenda, and you could stumble upon vibrant markets, casual cafés, and centuries-old sites.

The capital of France, Paris is divided into 20 arrondissements, or districts, which are arranged in a clockwise spiral starting in the middle of the city. Each arrondissement is home to a number of historic sites (museums, manicured parks, restored palaces), plus countless hotels, shops, and restaurants. In the middle of the city lies the Seine River, a storied waterway that’s lined with pedestrian promenades and filled with touristic boat cruises.

With so many “must-sees,” crafting the perfect Parisian itinerary can seem an impossible feat. In fact, couples could traverse the city for more than a month and never take in all that Paris has to offer. Narrowing the list comes down to preferences: history and culture couples will want to focus on hitting the major museums, gardens, and palaces, while those who prefer a more local experience can get lost wandering neighborhoods like the Marais, St-Germain-des-Pres, or Montmartre.

Whether you opt to stroll hand-in-hand along the Seine, eat breakfast in a casual café, window-shop on Avenue Montaigne, or have a picnic lunch in Parc des Buttes-Chaumont, Paris has something for everyone. Read on for our ultimate guide to the perfect honeymoon in Paris.

Paris has a similar climate and tourist pattern as that of other major world capitals—summers can be hot, humid, and crowded; winters are often cold and dreary; while spring and fall offer comfortable temperatures and fewer crowds, ideal conditions for honeymooning in the City of Light.

Travelers to Paris can choose to fly into two different airports, Paris-Charles de Gaulle (CDG) and Paris Orly Airport (ORY). There are direct flights into both from a number of major U.S. cities, including New York, Boston, Miami, Washington D.C., Atlanta, Los Angeles, Philadelphia, and more. When it comes to navigating the city, couples can easily ride the metro, hop in an Uber or taxi, or get around the most scenic way: afoot. 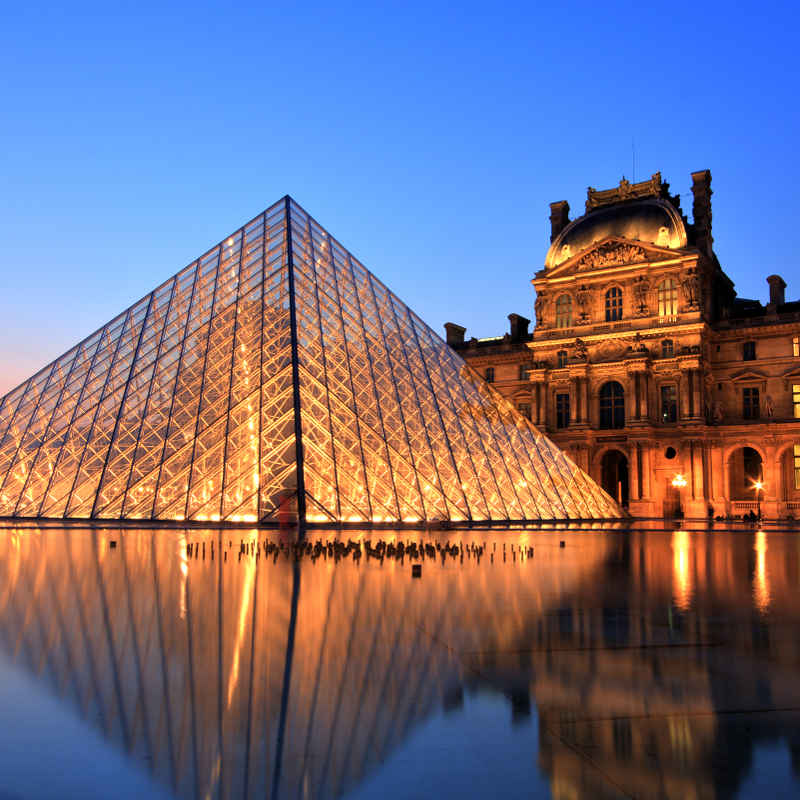 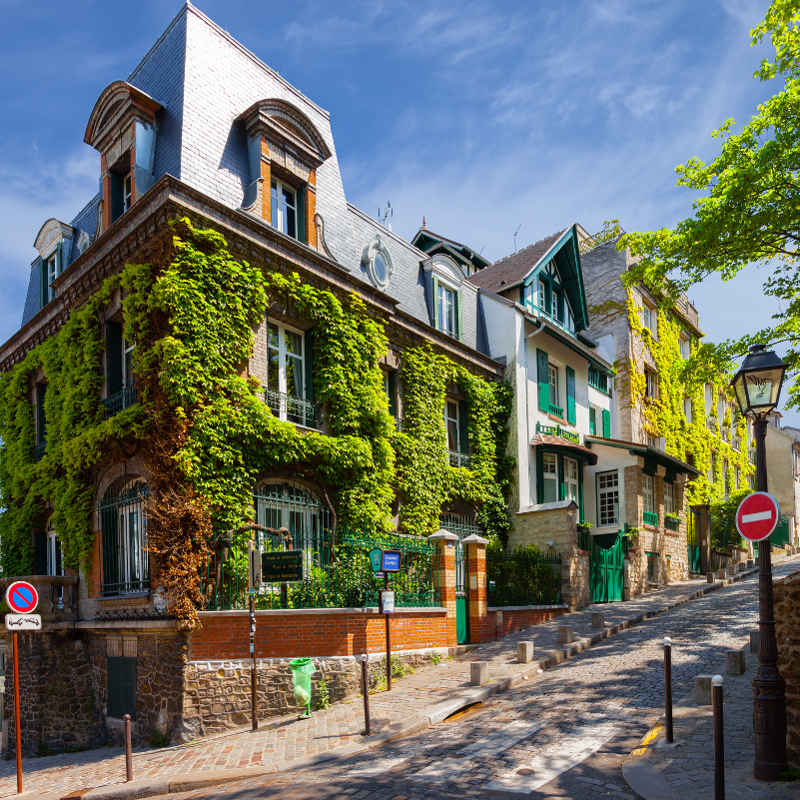 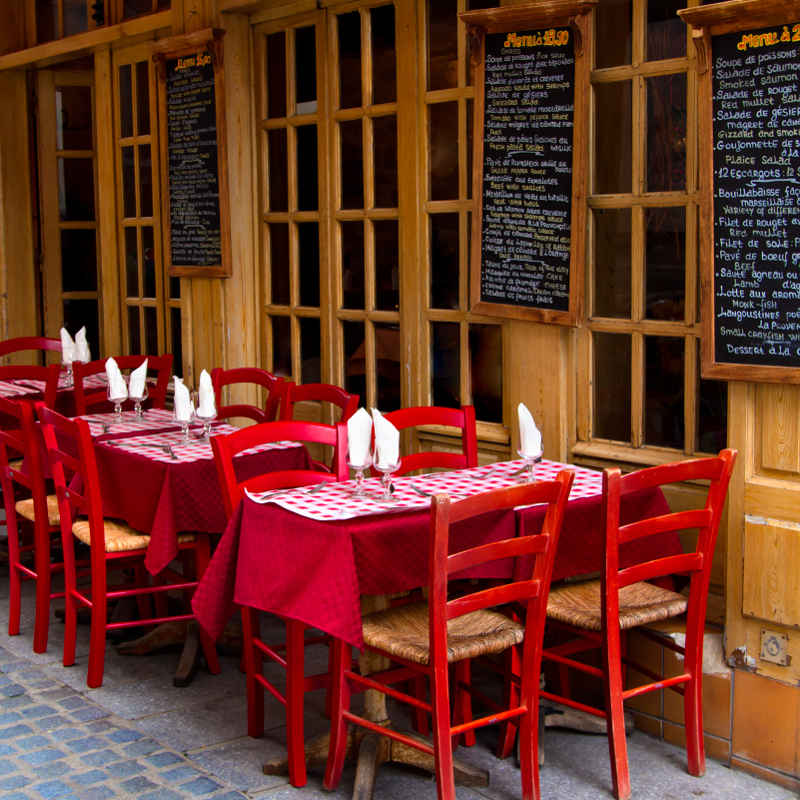