Top 7 Honeymoon Resorts in Provence and the French Riviera 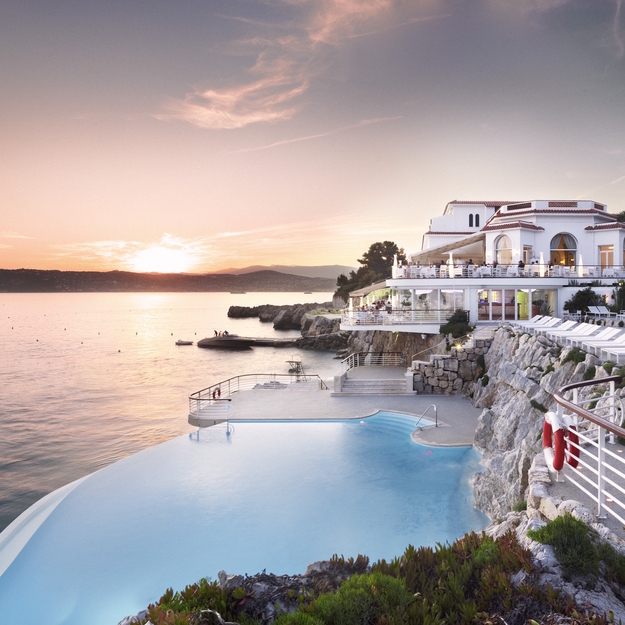 From gorgeous hilltop hideouts to ultra-luxurious seaside resorts, Provence and the Côte d'Azur (a.k.a. the French Riviera) both feature a wide range of honeymoon-worthy accommodations.

These dazzling hotels and resorts will be perfect places for newlyweds to soak in the romantic ambiance and extraordinary scenery of Southern France. 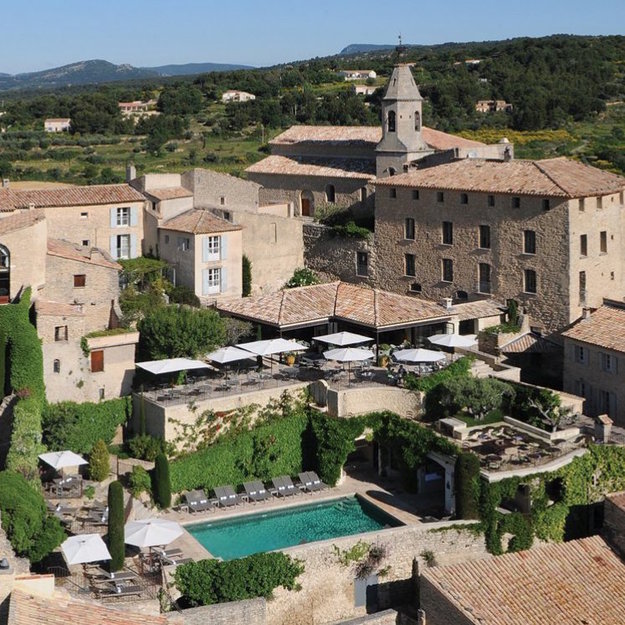 This tiny hilltop hideout is located less than 90 minutes from Arles and Aix-en-Provence, making it the perfect segue between explorations of each town. The hotel itself actually occupies seven stone houses that once formed part of a hillside settlement that was abandoned after World War II.

In the heart of Arles lies this enchanting 19th-century townhouse. Despite its meticulously maintained garden, Hôtel Particulier remains relaxed and informal; expect Madame Pagès and her staff to immediately make you feel at home. After a morning exploring the city sites (the hotel is conveniently located just a short walk from the Place du Forum), retreat to the spa for a blissed-out afternoon.

With the perfect mix of luxury and comfort, this five-star property is an ideal honeymoon spot for newlyweds. Our favorite highlights include 54 luxurious rooms with private terraces, an outdoor heated pool, spa, and elegant dining at Le Table de Pierre. The hotel also features a premium location, nestled on a hillside just below the beautiful village of Saint Paul de Vence.

This lavish 18th-century villa, set on the edge of Aix-en-Provence, is the perfect place to kick back before heading to the coast. Each of the 17 rooms and six suites is decorated in a Baroque style and outfitted with soaking tubs, garden views, and private balcony or terrace. 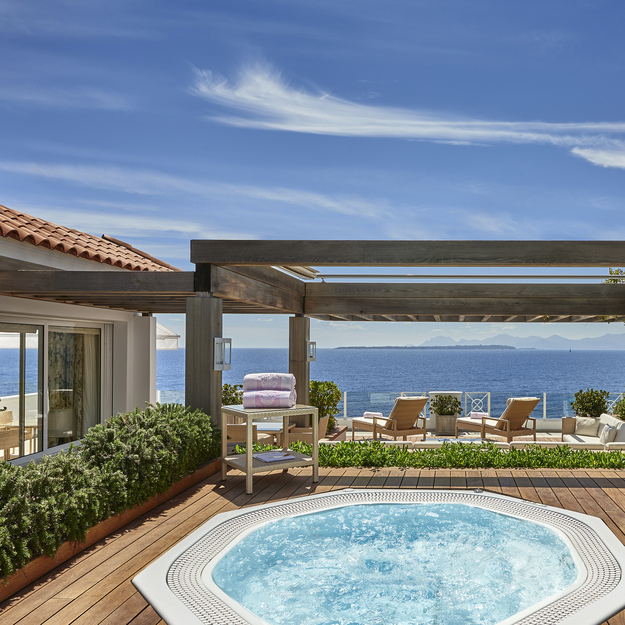 There's no more grand dame resort on the French Riviera than Hotel du Cap, situated at the tip of Antibes. The whitewashed stunner has hosted everyone from Elizabeth Taylor to Winston Churchill, the Duke and Duchess of Windsor to Gigi and Bella Hadid. Despite its impressive guest list, grand stature, and extensive grounds, Hotel du Cap still feels like an intimate retreat--especially when you while away the day at one of 33 private beach cabanas, rosé in hand.

The former Art Deco mansion of F. Scott Fitzgerald and Zelda Fitzgerald has been masterfully transformed into this Mediterranean-chic hideout. Sunbathe on the private beach and take a spin on the water by kayak before lunch at La Plage, the hotel's casual all-day eatery, serving. salads, grilled fish, shrimp skewers and, of course, endless rosé.

Surrounded by olive groves, rolling hillsides, and fields of wild lavender, Château Saint-Martin & Spa is the epitome of Provençal beauté. Couples can take their pick of suites within the original 12th-century castle or hole up in one of six classically decorated villas. In between rounds of golf, bike rides through the hills, and visits to local markets, you'll find plenty of time for R&R at the La Prairie spa.

7 Tips, Tricks, and Time-Tested Traditions for an Amazing (and Realistic) Honeymoon