The Top 8 Things to Do on a Maui Honeymoon 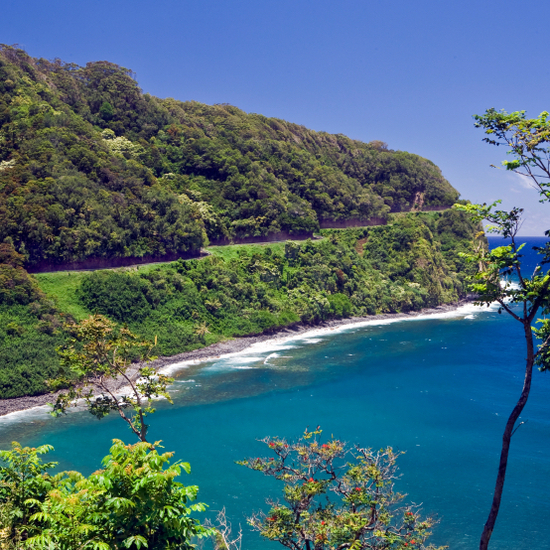 There's a reason the islands of Hawaii have remained one of the world's top honeymoon destinations for decades.

First, it's a Pacific Ocean paradise -- within the United States. Nowhere else in the country will you feel so far away and yet so at home: everyone speaks English, there's no need to buy an international phone plan, you can make dinner reservations on OpenTable.

Second, each of the eight main inhabited islands is extremely unique, offering a range of experiences. For example, you can spend a few days among beaches and waterfalls on Maui before hopping the ferry to neighboring Lanai, a sunshine paradise.

Since most honeymooners choose to split their time between two islands, we've broken down the most memorable experiences on Maui and Lanai, an easy dual-island itinerary. Just choose the activities you like and the ideal Hawaiian honeymoon will practically plan itself. 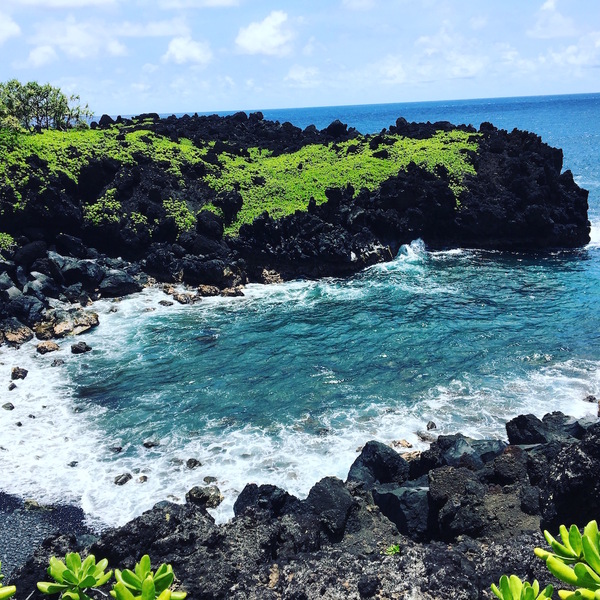 One of the most iconic adventures on Maui is the leisurely two-and-a-half-hour drive to Hana, a land-before-time town on the eastern shore. The "Road to Hana," as it's called, is about the journey, not the destination (though it's worth an overnight at Travaasa Hana to experience traditional, low-key Hawaii).

Download the GyPSy Guide Road to Hana Driving Tour App for a GPS-enabled audio tour that maps the most interesting stops. You'll visit verdant arboretums like the Garden of Eden, spot volcanic black-sand beaches in Waianapanapa State Park, and hike the Pipiwai Trail to the 400-foot-tall Waimoku Falls. 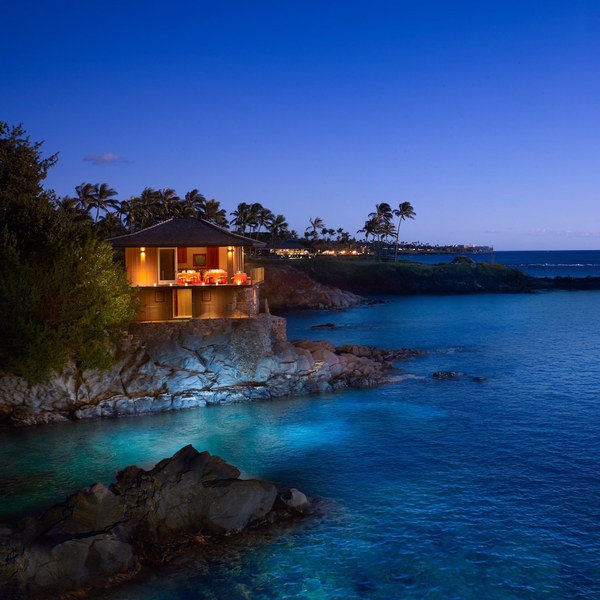 Hawaii is a veritable melting pot of Hawaiian, American, Chinese, and Japanese heritages. Take some time to understand the history and people of the islands from a Cultural Ambassador like Silla Kaina at Montage Kapalua Bay. Couples can learn to make leis or play the ukulele as they "talk story" Silla, who will share fascinating stories of her family's heritage and the Hawaiian people's unique relationship to and respect for the land and sea. 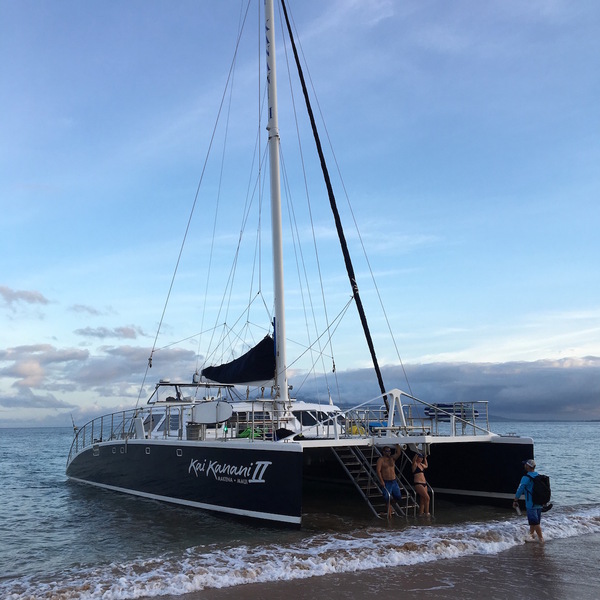 Waking up while it's still dark out may not sound like a romantic way to start the day, but as you board a catamaran from Makena Beach for a Sunrise Deluxe Snorkel Tour with Kai Kanani -- with no other boats out on the water -- it will prove worth the early alarm. This top-notch operator takes a handful of guests on a 6 a.m. to 9 a.m. tour, stopping first at Molokini Crater, an underwater volcano filled with aquatic life, followed by a shallower dive to spot Hawaiian Hawksbill sea turtles. Your friendly guides will top it off with breakfast and pineapple mimosas. 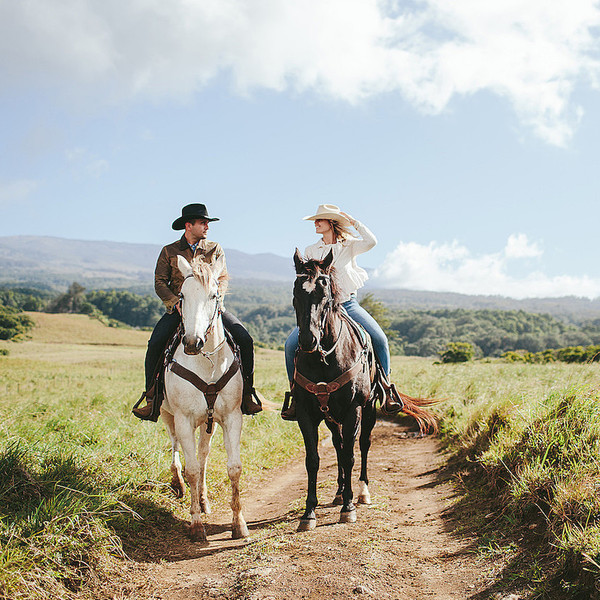 4. Take a day-trip to Upcountry

Tourists who assume Hawaii is all about beaches will be surprised to learn that sprawling ranches, grazing cattle, and authentic paniolo (cowboy) culture still exist in the state -- especially so in "upcountry" Maui's less-traveled towns like Ulupalukua and Makue.

One of the best ways to experience cowboy country is to book Four Seasons Resort Maui at Wailea's new "Where the Cowboys Still Roam" package. Couples will be picked up by Blue Hawaiian Helicopters for a scenic flight over the coast and West Maui Mountains before landing directly on the 820-acre Piiholo Ranch. There, you'll enjoy a delicious open-flame meal prepared by Four Seasons' Executive Chef Craig Dryhurst and then spend the day with fifth-generation rancher Peter Baldwin (from one of the island's most notable families), complete with a horseback ride through wide open-fields. 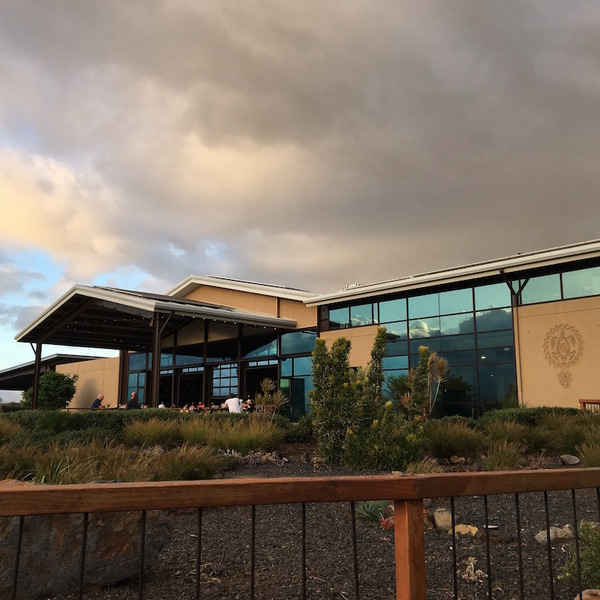 Maui Brewing Company is the largest craft brewer in all of Hawaii. But you won't find their Bikini Blonde lager, Coconut Hiwa porter, or Pau Hana pilsner back on the mainland, so make a point to stop by the flagship brewery in Kihei for dinner and a flight at the just-debuted open-air restaurant.

The town of Lahaina, on Maui's northwestern shore, served as the capital of the Kingdom of Hawaii from 1820 to 1845. Walking its historic sidewalks, now lined with surf shops and cute cafés, offers a window into both the island's rich heritage and its modern-day charms. After a relaxing stroll, take a seat under the imposing Banyan tree in the town square. 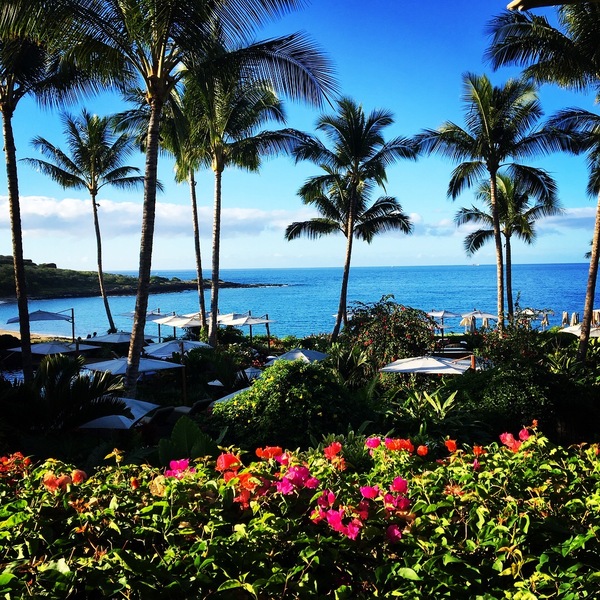 7. Spend the night on Lanai

From Lahaina, you can catch the Expeditions Ferry to neighboring Lanai, which takes less than an hour. There, you'll check into the ultra-luxurious Four Seasons Resort Lanai, the only resort on the island, which is privately owned by Oracle billionaire Larry Ellison.

Though it's tempting to lounge by the multiple pools, surrounded by bougainvillea, the island has its share of adventures: Play golf on a Jack Nicholas-designed championship course (every hole has an ocean view), race around the island on a UTV Polaris tour (you'll drive as fast as 50 miles per hour), sip wine on a leisurely sunset sail (stopping by Sweetheart Rock just as the sun goes down), and have dinner at NOBU Lanai (from celebrity chef Nobuyuki Matsuhisa).

Foodie couples will find the perfect final indulgence with the Andaz Maui at Wailea Resort's interactive Bitters & Bites dinner at Ka'ana Kitchen. One of the lead mixologists will walk you through an intimate three-course meal, in which each dish is paired with a custom cocktail using your preferred spirit of choice.

For example, a poké starter of Campeche yellowtail, braised beets, black garlic aioli, beet chips, and pistachio gremolada could be paired with the sweet-yet-tart El Chapo (a mix of Casamigos reposado tequila, mint, lime, soda water, and a splash of agave).