As we began to consider registering for gifts, we realized we didn’t need the slow-cookers, the towels and the wine glasses typical of a wedding registry. We truly believe that money is best spent on making memories and good stories, so we were elated to find Traveler’s Joy!

Without Traveler’s Joy, the trip we took would not have been possible. We know the memories of this adventure will last far longer than a new toaster or hand towels.

We were able to leverage my iPhone, Twitter and Facebook to include our friends and family on what we were able to see and do - and for those who had participated in our honeymoon registry on Traveler's Joy, it was meaningful to feel like they were part of our trip.

We wholeheartedly recommend Traveler’s Joy as a registry to anyone who wants less stuff to stash and more stories to share.

Traveler’s Joy made it possible for us to trek across Italy for the honeymoon we didn’t dare dream possible. Mostly, though, it gave us a profound appreciation for the friends and family who helped bring our travel itinerary to life.

We began our trip with high hopes that debt would not be a factor at the end. We used painstakingly saved frequent flier miles for our flight over, and when we stayed at our luxurious hotel in Rome, we used points. We raised nearly $2,500 through Traveler's Joy.

All in all, after receiving $3,000 in gifts from friends and family, we enjoyed two full weeks in Europe, taking excursions in nearly every port, toasting to our marriage with rivers of wine, eating some of the best food imaginable and seeing some of the greatest sites in the world, all for about $200 out of pocket - total!

When we began planning our honeymoon, we never thought a European destination could be possible until we came across Traveler’s Joy and realized our guests could help plan our honeymoon and giving us a tactful way of asking for money to put towards what we really wanted, our dream honeymoon.

Thanks to Traveler’s Joy and the generosity of our friends and family we enjoyed a once-in-a-lifetime honeymoon. Everyone got excited about the registry and agreed that it was a great way to participate in our joy as they saw the photos of what their gifts had enabled us to experience.

We both agree there’s no way we could have taken such an action-packed vacation had we not signed up for a honeymoon registry with Traveler's Joy. We’re so grateful to our family and friends for helping us create the vacation we’d always dreamed about, and one we’ll always remember.

Neither of us wanted to register for pots or china. When thinking about how we wanted to celebrate our nuptials, it was evident that we both wanted something that would give us memories to share with our families, friends, and future children. That is when we came across Traveler’s Joy.

Words cannot truly explain the beauty that Tuscany embodies. Although we had seen plenty of photos and paintings of Tuscany before, the images just did not do the real sites justice.

Once my wife told me about Traveler's Joy and all the things they had to offer, I was excited about what the possibilities could be for a once-in-a-lifetime honeymoon. I can remember Carol looking like a little kid that got a cool toy to play with when she was creating the "trip of our dreams" - and it certainly was.

Logan took over the honeymoon planning about 5 months before the wedding and used his honed research skills to put together an amazingly well-thought out itinerary for our 14 days in Italy. This made setting up our Traveler's Joy website so easy. Our friends and family appreciated knowing specifically what part of our honeymoon they were contributing to.

Like many people who would register with a website like Traveler's Joy, my husband and I have a true zest for travel. We love experiencing new cultures, unexpected moments, and the thrill of doing something once in a lifetime. Our honeymoon was just that.

We had already been to France and wanted to go back to Europe for our honeymoon, but didn't think we could afford it after all our wedding expenses. Once we discovered Traveler's Joy, we realized that if we registered there, we just might be able to pull it off.

The long and short of the story is this - our friends found Traveler's Joy on the web, compared it to other honeymoon registry sites and found this one to be the highest quality and value.

We weren't sure how our family and friends would react to our honeymoon registry, but it turned out to be a huge hit. The website was extremely easy for everyone to navigate. We were able to choose from a variety of wonderful activities and could pick exactly the ones that we wanted to partake in. Thanks to Traveler's Joy, our guests helped to create memories that we would never forget.

I absolutely loved the idea of Travelers Joy only because we both had tons of family that could not make it to the wedding and it seemed to work great for them, not to mention they all thought it was so neat. All together we had around $900 given to us through the website which we used for our Shore excursions.

Immediately when we told people we were going to Italy, everyone become a resident travel agent, giving us books and plenty of advice on where to stay, eat, and everything in between! When we created our Traveler's Joy registry months before the wedding, we already had an idea of where we wanted to go.

Rome is truly one of the world's greatest treasures. It's a destination overflowing with unique experiences around every corner and should be the first stop newlyweds make when visiting Italy.

With its strategic location in Central Europe and just a few miles from the Mediterranean Sea, the city has an extensive history that spans thousands of years. For instance, Rome served as the capital of the expansive Roman Empire for hundreds of years. For nearly two thousand years, Rome has also been the seat of the Papacy.

Italy's capital was also at the center of the Italian Renaissance between the 13th and 17th centuries and the city gradually transformed. Rome became a haven for artists, writers, and architects, and many of the city's iconic buildings, structures, and sites still reflect that. The influences of Michelangelo, Bernini, Raphael, and Caravaggio can be seen just about everywhere.

Today, amidst modern advances and new technology, the city is filled with ancient wonders and relics of the past that have withstood the test of time. The two coexist beautifully in a way that few other world destinations can match.

Get your history fix and explore iconic sites like Vatican City, Villa Borghese, the Pantheon, or the Colosseum. For a different kind of excursion, stroll the quaint streets of Trastevere, a historic neighborhood that mesmerizes with its old world charm, narrow cobblestone alleyways and striking town squares like Piazza Santa Maria.

If you're planning a honeymoon to Rome, consider a trip during the shoulder seasons. Generally, the best months for visiting are April-June, plus late September and October. July and August bring enormous crowds and stifling heat (expect low 90s and high 80s during the day). Also keep in mind that in late August, much of the city shuts down as locals go on holiday.

The spring and fall can be chilly, but genuinely pleasant. Plus, the crowds are less intense, making for a more pleasant experience overall. In the winter, the city is cool and crisp (in the 40s and 50s), and the major sights are usually uncrowded. However, many sites undergo renovations and might not be open to the public.

To truly immerse yourself in the sights and sounds of Rome, it will likely take you the better part of a week. Vatican City and St. Peter's Basilica alone can easily take an entire day – granted one that you'll remember forever. But even if you only have a handful of days to explore this wonderful city, you're bound to find it romantic, energetic, and captivating all at once. Rome truly is a one-of-a-kind destination, perfect for your first few days together as a married couple. 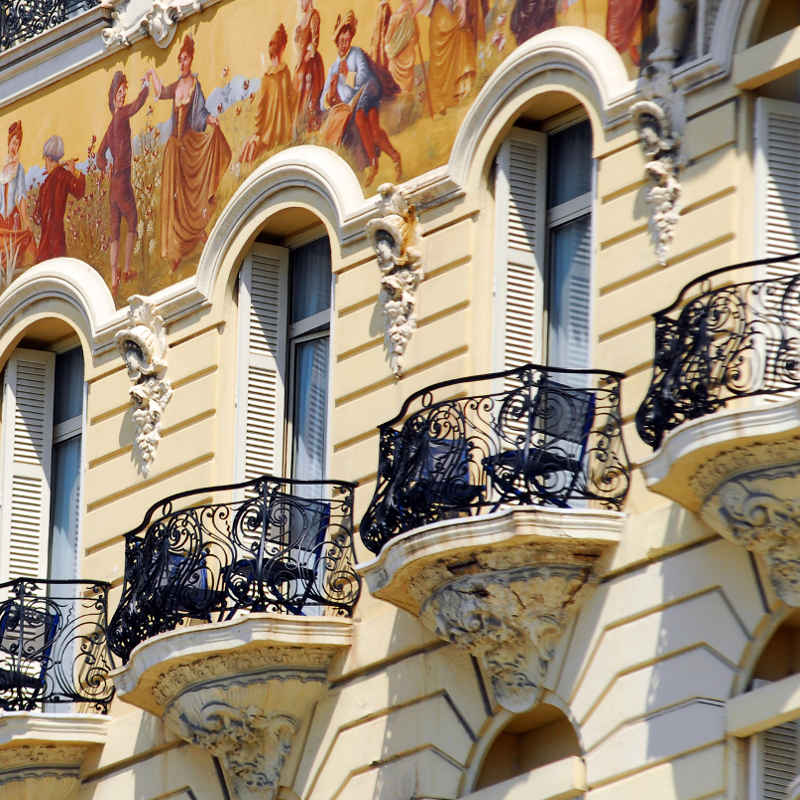 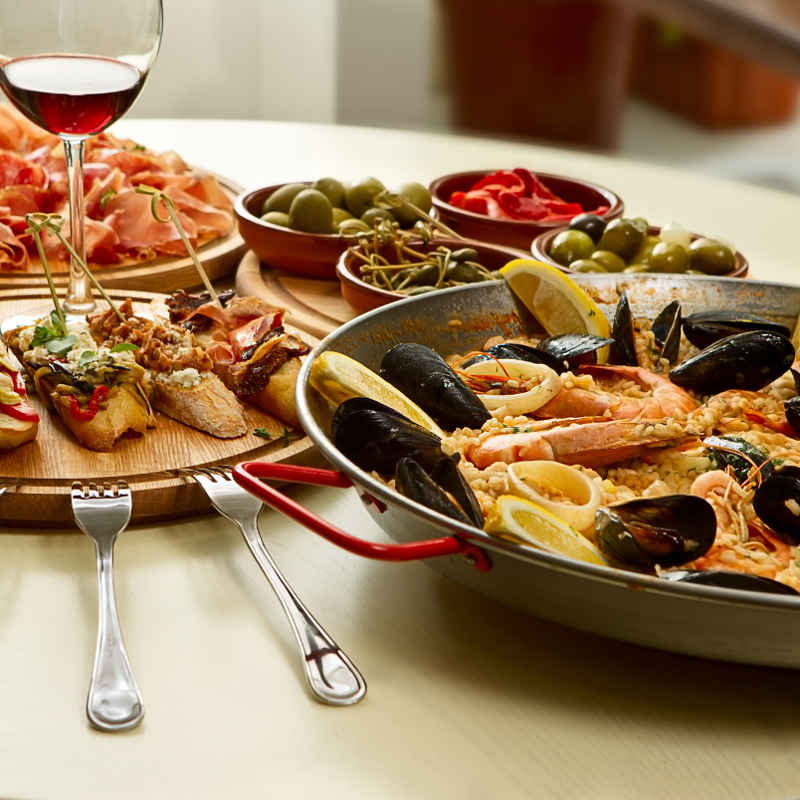