Tucked in Europe’s southwest corner, Portugal – the continent’s oldest country – is home to a modest 10 million residents. Solely bordering Spain to its east, Portugal is largely defined by its proximity to the Atlantic Ocean, which wraps around its western and southern coast. Along these shorelines, colorful port cities and sweeping beachside villages celebrate the country’s maritime culture, while historic castle towns, rolling hillside retreats, and a flourishing food and wine scene offer plenty of reason to visit inland. A wonderful infrastructure of roads and railways connect the seven distinct districts of this sliver of a nation (which is just a quarter of the size of California), making Portugal an approachable package destination perfect for a wide array of honeymooning travelers.

Most international flights will land in Lisbon, Portugal’s centrally-located capital city. One of Western Europe’s most overlooked cities for romantic travelers, Lisbon is a lovely maze of winding alleyways which weave between colorful buildings, tiny wine bars and fresh seafood restaurants en route to eventual stunning hilltop views (so frequently referred to that they’re known locally as miradouros). Vintage trams rattle and chug through the city’s streets, giving way to trendy cocktail lounges, historic landmarks, outdoor markets, museums and plenty more. Nearby beaches are easily accessible, and an afternoon getaway to the hillside town of Sintra, just outside the city’s borders, is an absolute must. Pink sunsets are frequent, and with them, the beautifully melancholic sound of Portuguese fado will fill Lisbon’s bars and clubs as the evening unfolds – a musical translation of the old, romantic soul that Lisbon really is.

Just a few hours north, the city of Porto is the perfect base for exploring Northern Portugal. This vibrant second city along the curvy Douro River boasts a social sidewalk culture built on relaxed cafes, bakeries and independent boutiques, along with its world-famous sweet wine, Port, which is likely responsible for the laid-back local pace. Glorious riverside restaurants are aplenty, and a thriving nightlife scene frequently extends well into the morning. Altogether, Porto manages to balance classic Portuguese aesthetics and traditions with modern experiences, making it a regular front-runner for European destination awards.

Stretching from Porto all the way to Portugal’s eastern border, the vast Douro Valley is pleasantly reached by road, rail, or even river cruise. One of the world’s oldest winemaking regions, the valley is a tranquil retreat in welcome contrast with Portugal’s thriving coastal cities. Day trips from Porto are possible and heavily advertised, but staying in a local wine estate (a quinta) is the best way to sink into the pace of Douro Valley living. Picturesque villages (like Peso da Régua and Pinhão) make for great bases with access to restaurants, walkable wineries, and even cycling routes for active couples, while spa resorts scattered throughout the region combine wine knowledge and explorations with rest and relaxation.

The south-central Alentejo region occupies nearly a third of Portugal’s land mass, easily making it the country’s largest region. Largely overlooked by mass tourism but wholly authentic at heart, the region is heavily varied, with windswept sandy beaches along its west coast, fortified towns towards the east, and sleepy traditional villages in between. Travel to main towns throughout the region is easy from Lisbon via public transportation, but renting a car is the best way to get the most out of the Alentejo. This will allow you to experience the real essence of the region, navigating through romantically classic hilltop towns (like Castelo de Vide and Marvão) and cities (like Évora) before discovering the stretch of beaches still untouched from tourism (some of Europe’s finest) along its western coast.

The southern and sun-soaked Algarve is Portugal’s most popular region among beach-lovers and summer travelers. Golden, sandy shores line most of its southern coastline, separating the sea from breathtaking cliffs, flower-filled fields, castle towns and more. Central Algarve sees the most of the region’s traffic (thanks to the international airport in Faro), with the wild nightlife of Albufeira ensuring that local attractions and activities stretch beyond the beach. The western Algarve balances this buzzing atmosphere with authentic Portuguese flavors in towns like Lagos and Sagres, while eastern Algarve is favored for its more laid-back approach to a Portuguese beach holiday. Here, classic, cobblestoned historic towns like Tavira remain seemingly untouched, and pair well with the sand dunes and crystal-clear waters of Tavira Island just a few hundred yards off-shore, accessible via quick and quaint ferry boat.

Active travelers might consider any of the Azores Islands, situated in the Atlantic Ocean between mainland Portugal and the United States. Hotspot islands like São Miguel, Flores, and Pico intertwine tropical nature and European culture with wonderful inland hikes and off-shore excursions like kayaking and boating. Santa Maria, the southernmost of the Azores Islands, offers the warmest water and softest, sandy beaches. Further out, Madeira (an autonomous region of Portugal) welcomes in nearly twice the number of annual visitors than the entire Azores island chain combined. Madeira Island boasts year-round spring-like weather, a network of welcoming coastal routes perfect for road-tripping, an abundance of lush nature, volcanic black-sand beaches, exotic fruits and amazing seafood. Much smaller in size and popularity, the quaint and beach-forward Porto Santo Island is a tranquil haven of golden sands and blue skies.

Sunny days are frequent throughout Portugal, as is a year-round ocean breeze amidst its mostly Mediterranean climate. Predictably, summer (June-September) is the country’s busiest season, when airfare and hotel rates peak, though Portugal is still a more budget-friendly option when compared to other popular Mediterranean neighbors like Spain and France. The latter part of spring season and early weeks of autumn are becoming increasingly popular, with reliably warm weather and thinning crowds. Winter months (December-February) can see rainfall and more mild temperatures, though it’s still perfectly possible to have a bright, sunny visit to Portugal during these months (especially in the south), at an even more friendly cost. 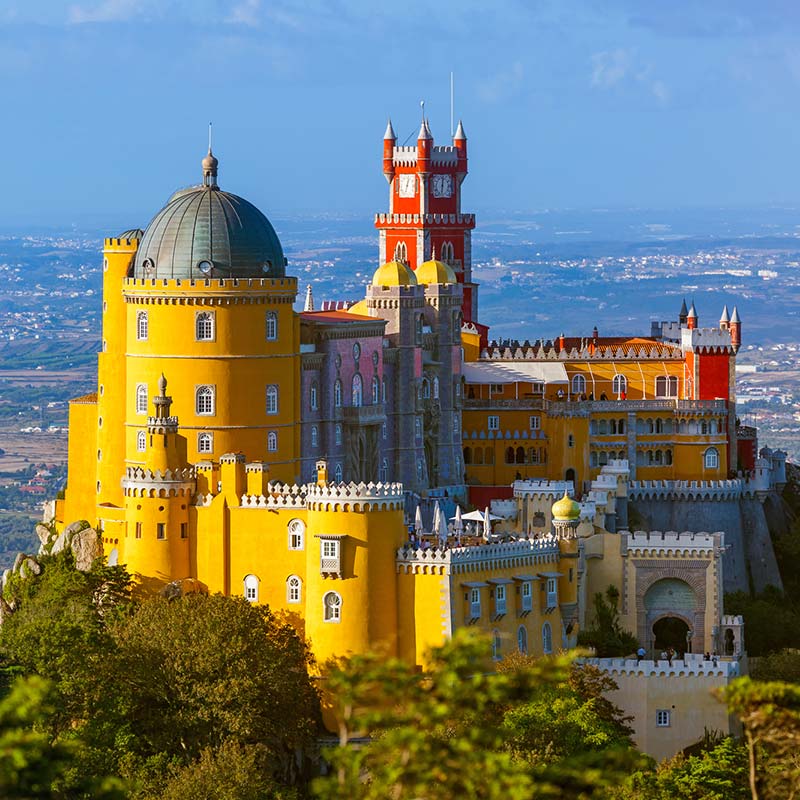 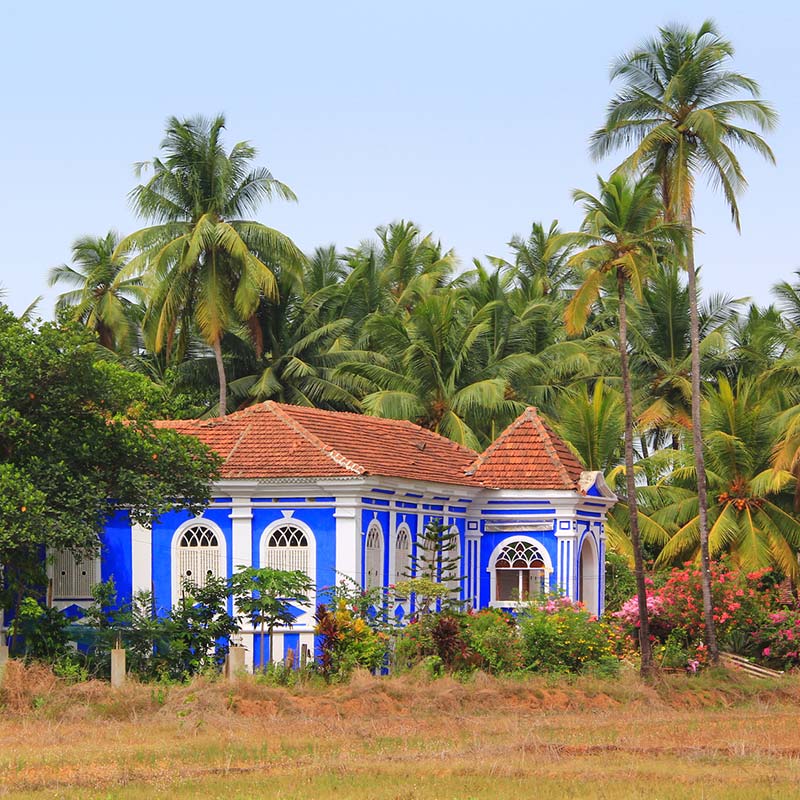 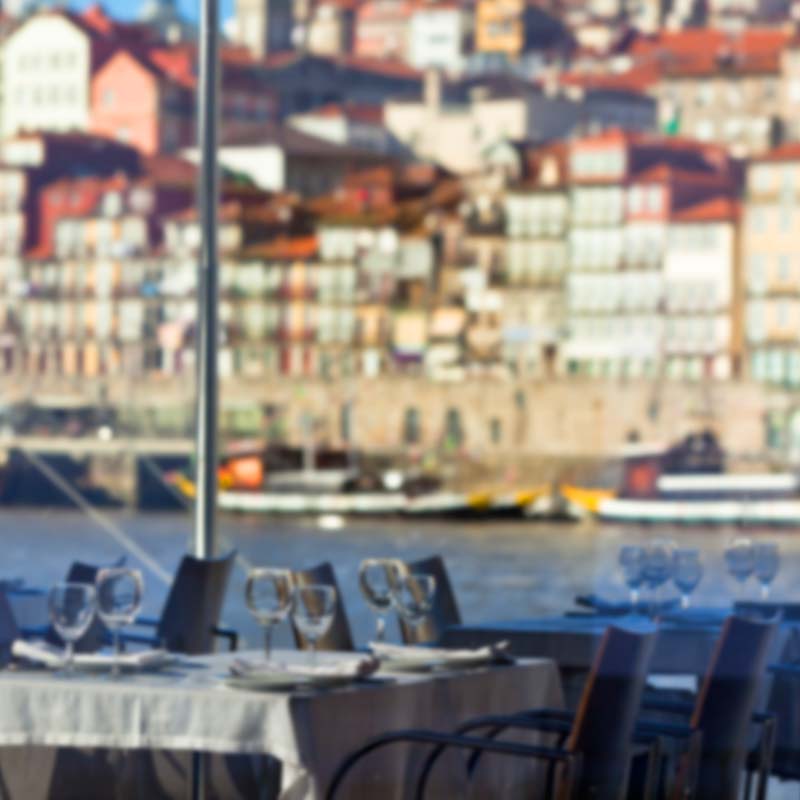 Lisbon (LIS), Porto (OPO) and Faro (OPO) are mainland Portugal’s busiest international airports, each serving a different region and providing a different base for the start of your Portuguese honeymoon. Lisbon, the capital city, is centrally located and your likely point of entry, as it sees more than double the passenger traffic compared to Porto’s airport. Domestic air travel is possible with smaller airports across the country, though train travel can be very pleasant with Comboios de Portugal. Madeira Airport (FNC) will open access to Madeira, while João Paulo II Airport (PDL) on São Miguel will be your likely entry point when visiting the Azores islands.