Kenya is one of those places where you land and instantly feel the magic of Africa. Named after Mount Kenya, Africa’s second-highest peak, Kenya is home to the some of the continent’s finest beaches, greatest wildlife diversity, and most incredible scenery. It is truly a land of untouched, mesmerizing beauty.

One tenth of Kenya’s 224,000-plus square miles is designated as national parks and reserves, which travelers the world over seek out for game-viewing. The premier safari destination is the Masai Mara National Reserve, home to an incredible display of animals — including the “Big Five” (lion, leopard, elephant, rhino, and cape buffalo).

Beyond safari adventures, honeymooners will be captivated by the overwhelming generosity and positivity of the Kenyan people. Kenyan culture reflects a mix of African, Indian, and British influences. The country’s population of approximately 47.7 million includes some 40 different tribes, all with their own languages and traditions. Expect to meet kind, interesting people everywhere you go—be it in the capital of Nairobi, the beaches of Mombasa, the arid landscapes of Samburu, the high plains of Laikipia, the peaks of The Great Rift Valley, the remote deserts of Tsavo, and beyond.

One of the highlights in Kenya is the Great Migration, the annual journey of two million wildebeest from the plains of the Serengeti in Tanzania to the grasslands of the Masai Mara—a natural phenomenon that occurs in Kenya every year from mid-July to October. January and February are also considered high season, as the game-viewing is prime during hot, dry weather.

Kenya has three international airports, two in the capital of Nairobi and one in Mombasa. All travelers fly into Nairobi’s Jomo Kenyatta International Airport (NBO), the major international hub that serves airlines such as Kenya Airways, Swiss Air, KLM, and British Airways. If you’re headed straight to the Masai Mara, you’ll likely have to transfer to Wilson Airport (WIL), a nearby domestic airport. We recommend working with an Africa specialist, like Extraordinary Journeys, to plan a custom itinerary that includes land and air transfers, since getting around Kenya requires preparation and on-the-ground assistance.

Know Before You Go

Vaccinations: Kenya requires international travelers show proof of yellow fever vaccination upon arrival. If you are not vaccinated for yellow fever, be sure to visit the doctor prior to departure and request proper documentation to carry with you. It’s also advisable to vaccinate yourself against malaria, though not all areas of Kenya are considered malaria zones. 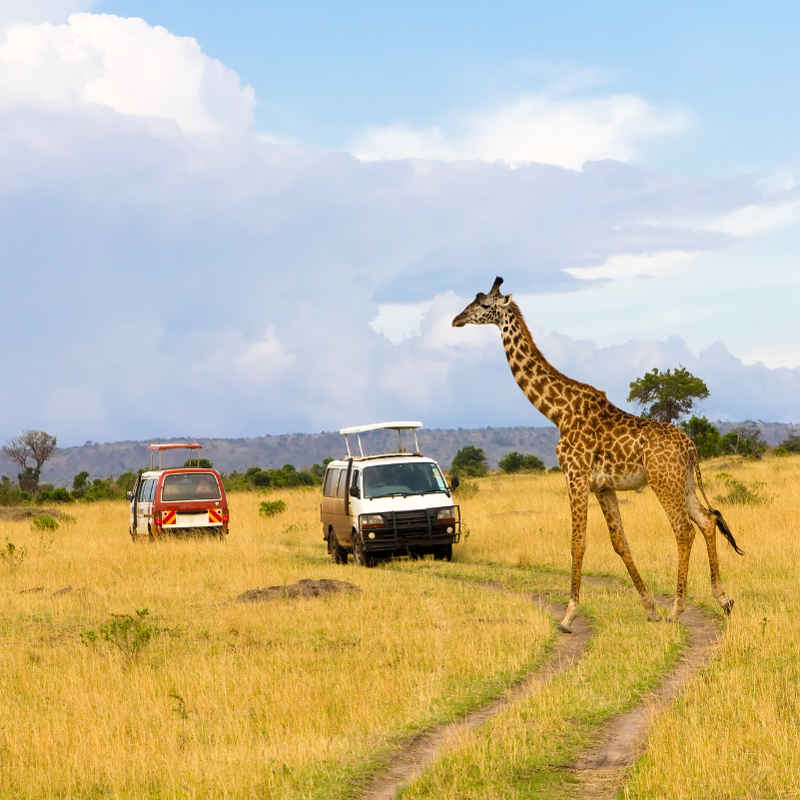